Plant of the Month: Lettuce 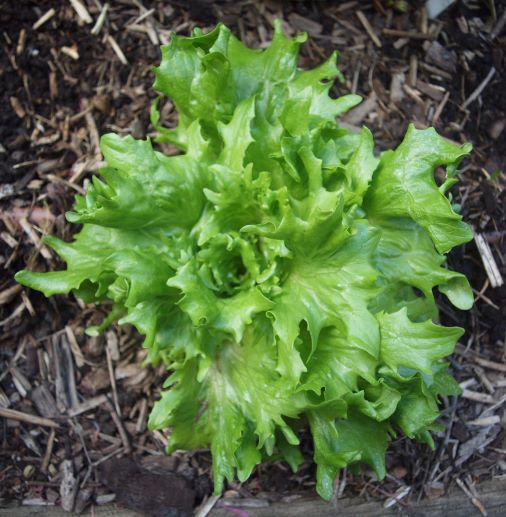 How many varieties of lettuce can you name?

If you’re like most people, the answer is about five: Iceberg, Cos, Salad Bowl, Oakleaf and Buttercrunch. Given that some, perhaps many, of you are members of Permaculture Sydney West, you can probably name a few more: for example: Freckles, Lollo Rossa, Frilly Pink or Australian Yellow Leaf.

However, there are more than forty varieties of lettuce in the PSW Seed Bank – more than 80% of them available to buy right now (PSW financial members only). This is a tiny list compared to the 1000+ open-pollinated varieties of lettuce that were known to exist in the 19th century, many of which were lost during the 20th century.

Lettuces can be grouped into four main types:

The easiest to grow are the loose-leaf types, which are often called ‘cut and come again’ varieties. They don’t form a “heart”, they have loose leaves around a central growing point. You can remove the leaves as needed and, as long as you never touch the leaves right in the centre, the plant will keep on growing more leaves for several weeks.

Butterhead lettuces are also relatively easy to grow. These varieties form a loose heart. The leaves are soft and tender and easily bruised. In their early weeks of their life, they can also be grown as ‘cut and come again’ lettuces but, if you want a heart, at some point, you have to stop picking! 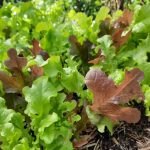 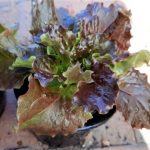 lettuce of an unknown variety 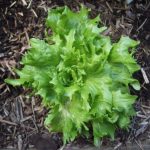 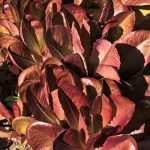 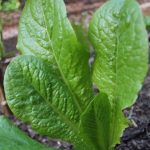 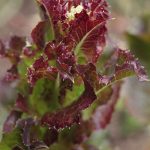 Cos or Romaine lettuces grow very easily in the cooler months, in our garden that was late autumn through to late winter. Once the warmth of Spring hit, they bolted to seed. Of course, of we had sown successively throughout winter, we would still have Cos lettuce in our garden – but we have limited space and there was no room for more lettuces, no latter how small – the broccoli and cabbages made sure of that!

Crisp-head lettuces are the most difficult to grown in wester Sydney. The need a long cool period, one that we often don’t get (even though it feels like forever if you’re in winter and want out!). If Spring comes early, as it did here in 2021, then Iceberg type lettuces will generally fail. To bypass the short length of growing, you could try starting them in autumn in a cool environment and plant them out in late autumn when the risk of unseasonable heatwaves has passed. We grew a relatively unknown variety, ‘Regina della Ghiacciole’ right through winter – along with the Cos, they were by far the hardiest plants in the garden. However, as soon as warm weather hit, they all began to bolt! That doesn’t worry us, we eat all our lettuces as ‘cut and come again’ greens.

Lettuce seeds generally germinate easily but can just as easily be killed by too much water! It is good to add vermiculite or perlite to your seed-raising mix, and to cover the soil surface around your baby seedlings with cinnamon as this discourages the fungus which causes ‘damping off’ – a disease which can kill your seedlings overnight!

Lettuce don’t do well in the heat of summer in western Sydney, anything above 25°C will cause stress and bolting. However, they can be grown for summer salads as long as you keep them sufficiently moist and give them shade from the afternoon sun – for example, on the eastern side if the house or trellis.

Note:The Spring 2021 Seed Catalogue for the PSW Seed Bank will close at the end of November for stock-take and to give the volunteers who run the seed bank are well-earned rest. The Autumn 2022 Seed Catalogue will be released in February or March.